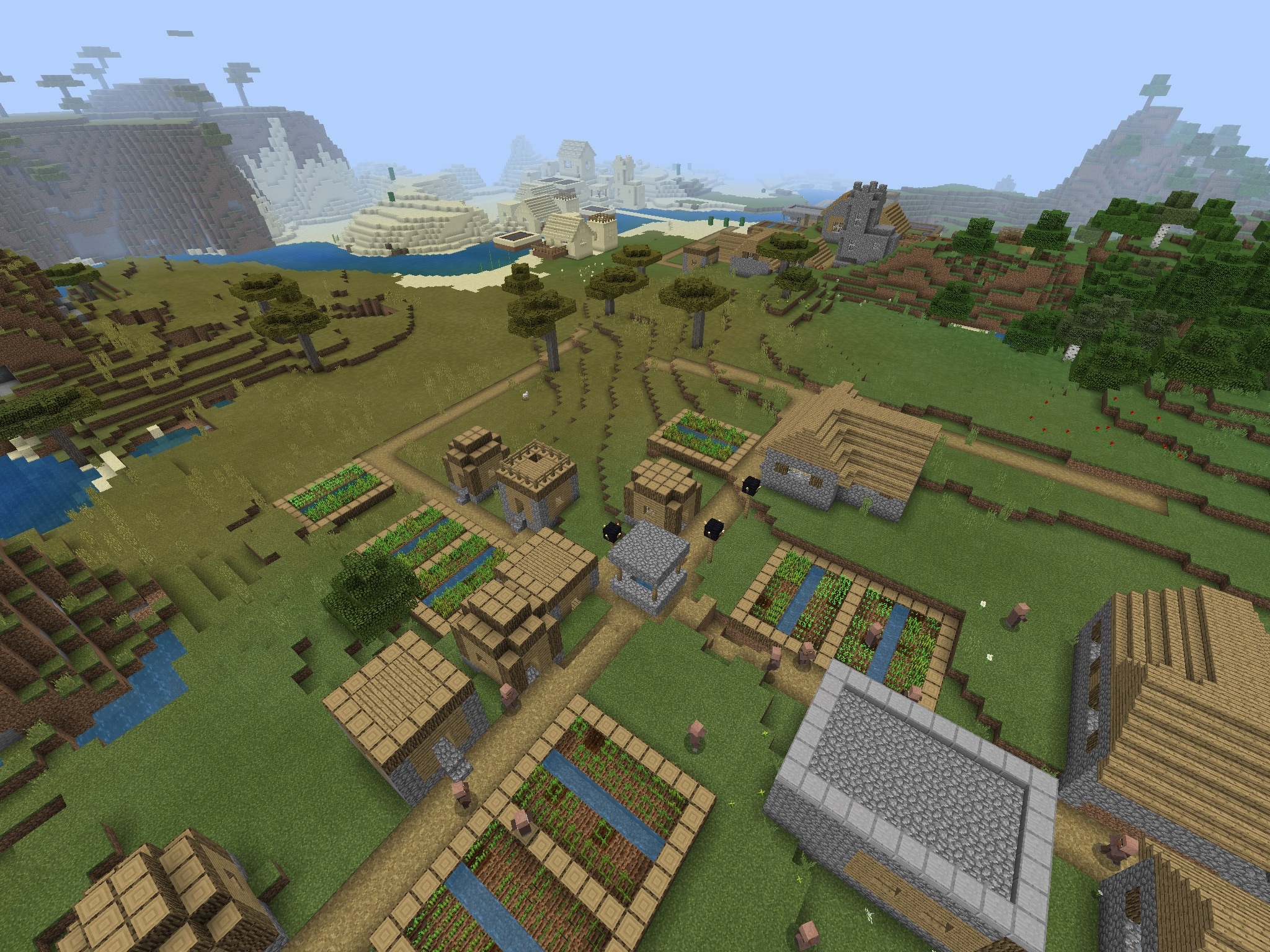 Enter the seed code LISTRISK for this MCPE City Seed. It’s a small city, but a city nonetheless. From the game spawn point you will see an edge of the first village that makes up the city on the horizon. When you reach it, you’ll see that it’s more than a single village. The two villages that make up the city are separated by a river. And, the city spans across two different biomes. Both villages have churches and a good deal of farming happening. There are two blacksmiths which means (you guessed it) two blacksmith chests. One chest has iron armor and an iron sword. The second has several food items, one gold ingot and a few iron ingots.

This is a great spawn seed if you’re looking for a home base where you’ll be able to make a variety of villager trades. Starting off with an iron sword and better than half a set of iron armor doesn’t hurt either!

One Reply to “Dual-Biome City Seed for Pocket Edition”