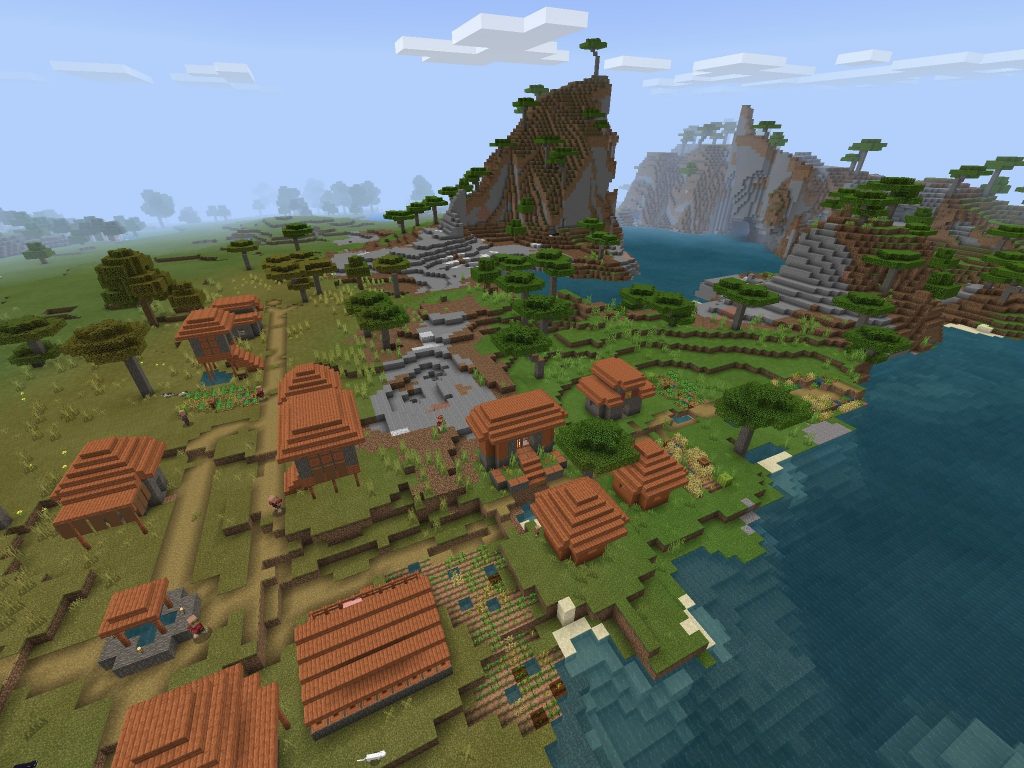 This Bedrock Edition seed spawns on a large plains biome flanked by savanna villages on two sides. One savanna village is beside an ocean biome while the other is in the mountains. A great seed to kick off a survival or creative game. 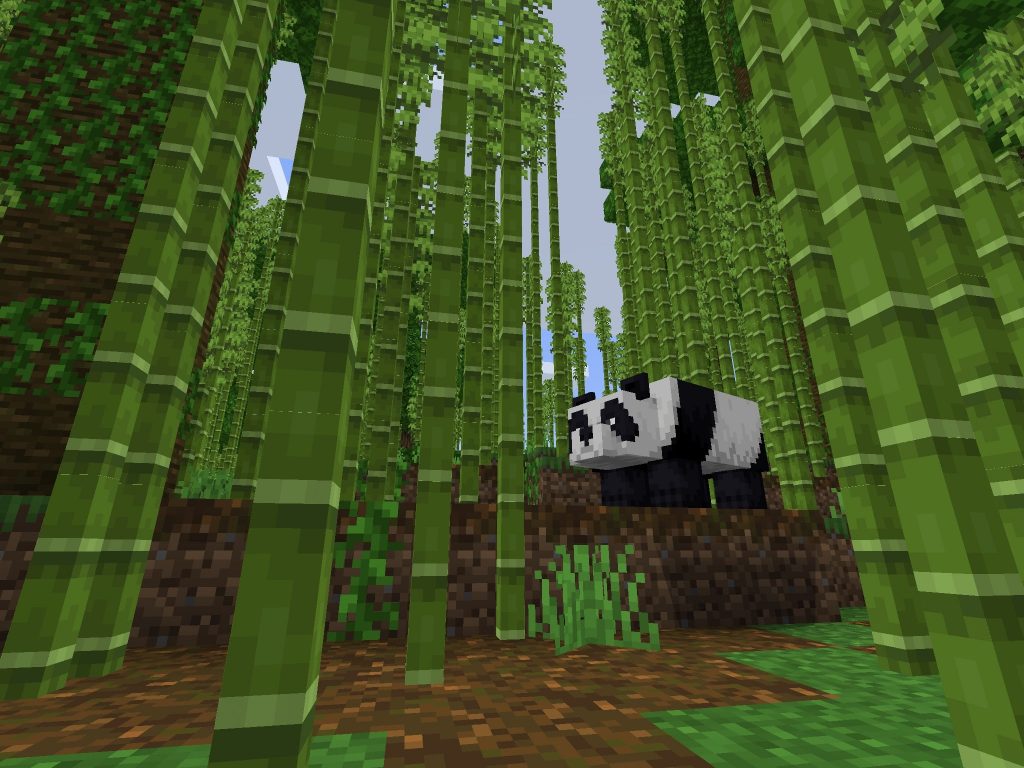 Start your Bedrock Edition game off in a dense bamboo forest. That's the spawn point in this seed, and it's huge. There's pandas in the surrounding area and a beautiful jungle biome encompassing the bamboo. Close by there is some beach and an ocean for further exploration if you don't want to take on the jungle.

Spawn in a desert biome right beside a pyramid. Inside you'll be rewarded with gold, diamonds, 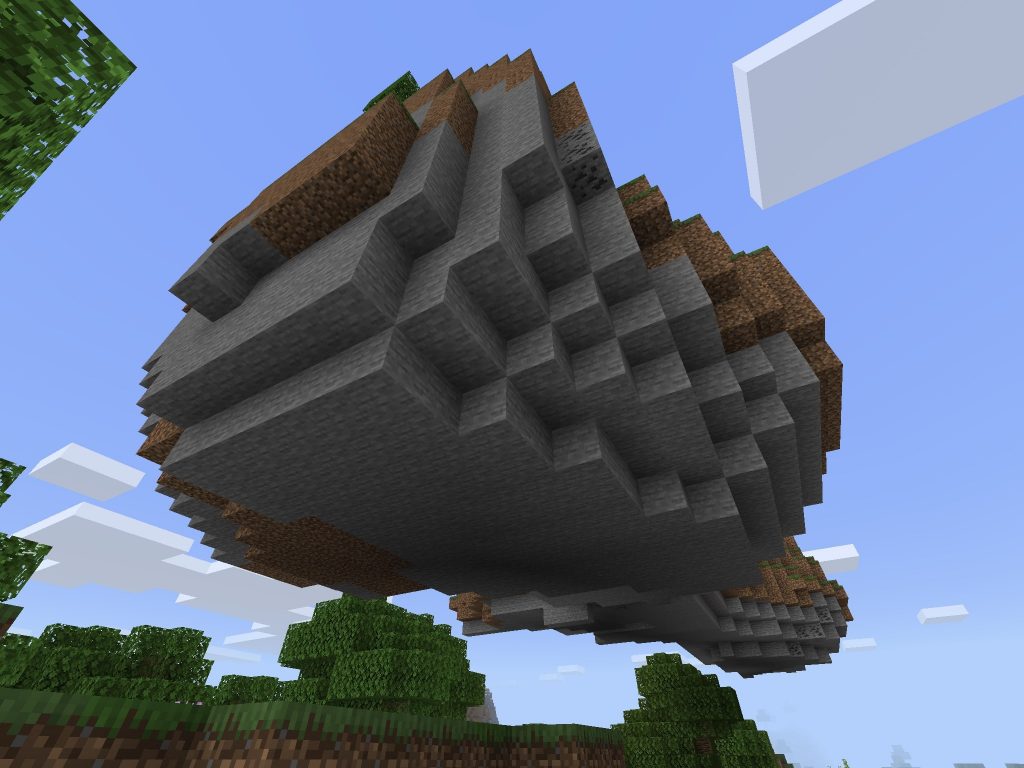 Wow. We didn't think that floating islands happened anymore. At least we haven't come across a seed with one for PE/Bedrock 1.14. Well, that all just changed. Our official, first Minecraft PE Floating Island Seed for 1.14 is on the books! The floating island 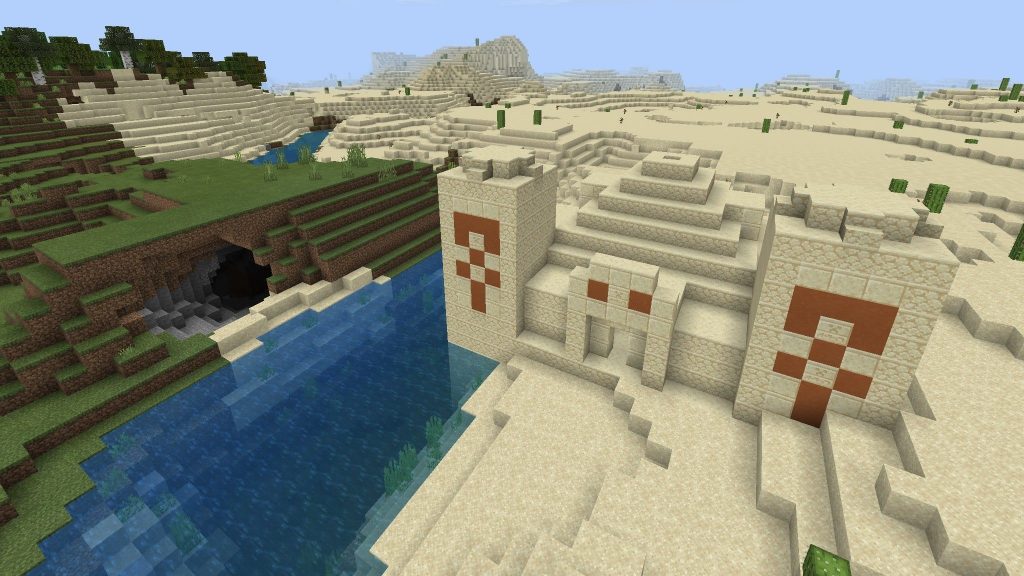 Spawn in a desert biome right beside a pyramid. Inside you'll be rewarded with gold, diamonds, 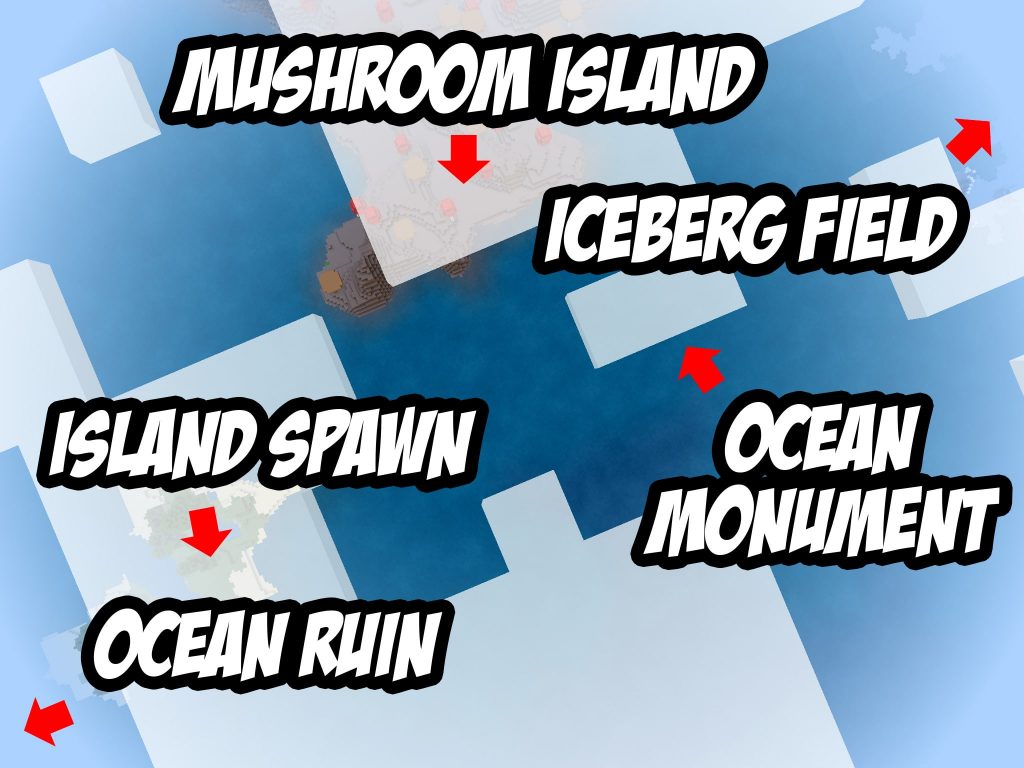 What's in a great aquatic seed for Minecraft PE? How about an ocean ruin just off the spawn point, a large mushroom island with an ocean monument offshore, and an iceberg field just a bit further toward the horizon! 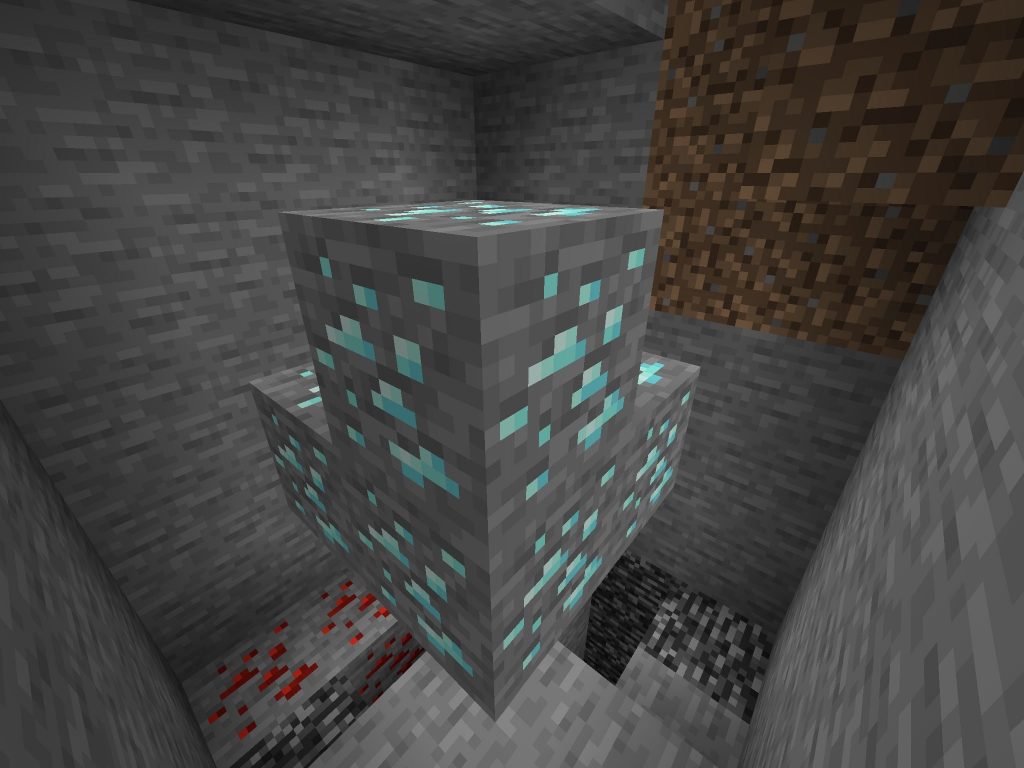 This Minecraft PE 1.12 seed code spawns within viewing distance of a savanna village. Dig beneath the village bell, all the way to bedrock, and you'll be rewarded with diamonds!