The top 25 Minecraft Seeds for Minecraft Java Edition for the PC and Mac. These Minecraft Seeds are ranked based on their popularity, rating and social sharing. Find the perfect seed for your survival, creative or adventure game below.

To get a map seed code, click on the title or image for the Minecraft seed you want to play. Our best seed list is updated daily. 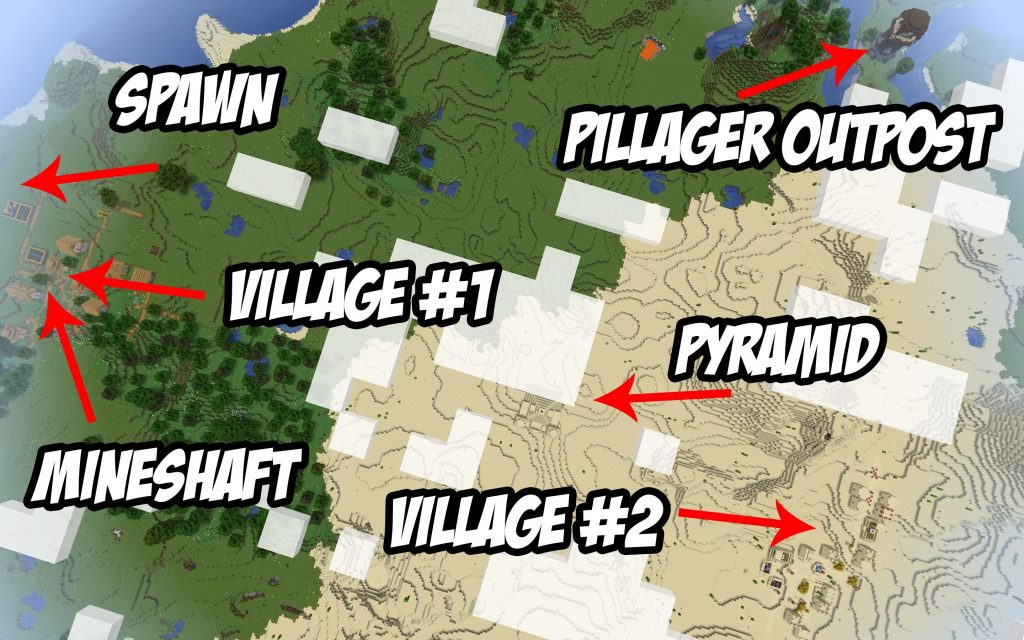 What a great Minecraft 1.14 seed. Spawn at a village in a dense flower forest biome with a mineshaft beneath it. Close by is a pyramid, second village and pillager outpost. Lots of loot and adventures in this seed for a great survival or creative game. 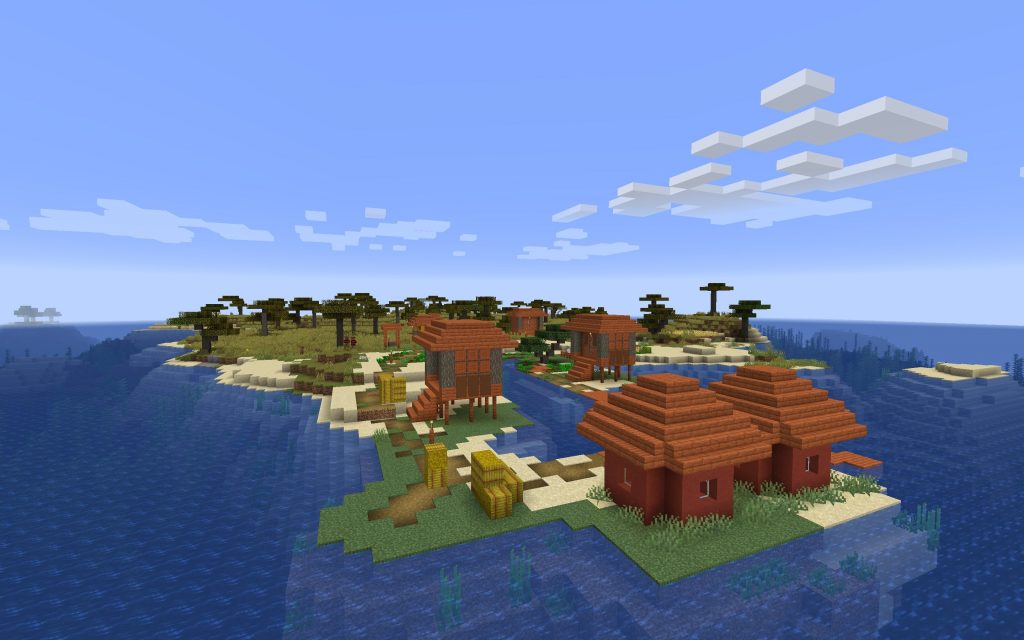 Grab the impressive loot from the two shipwrecks and buried treasure in this savanna island seed for Minecraft 1.14 and higher (Java Edition). There's several enchanted items, heart of the sea, emeralds, gold and more. A great seed to kick off a game of survival. 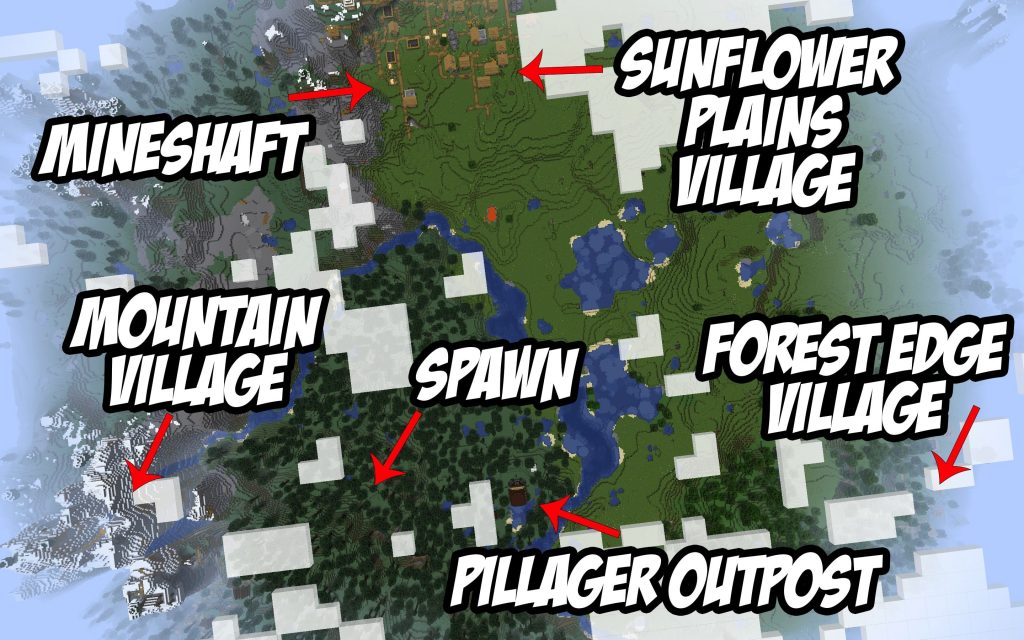 This world seed kicks off your game at a pillager outpost centrally located between 3 villages with a variety of villager occupations, buildings and loot. One of the villages also has a cool mineshaft beneath it, so be sure to dig a bit and grab some of the loot that hides below! 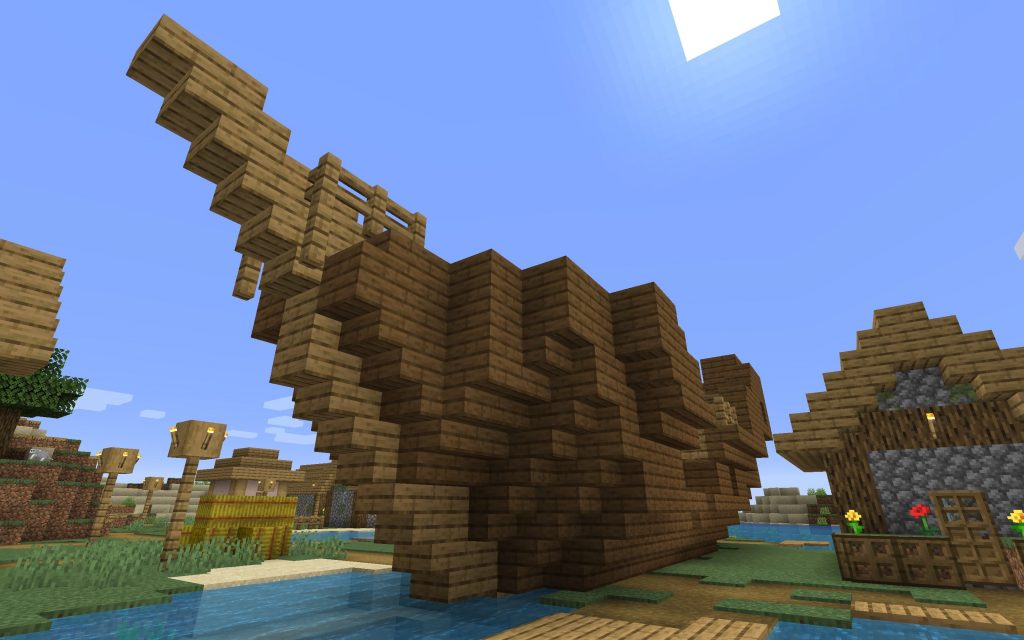 One small island consumed by a village with a shipwreck inside it. Nope, we're not kidding. And, it is all right at the game spawn point! A great Minecraft world seed all around for Minecraft Java Edition 1.14 and higher. 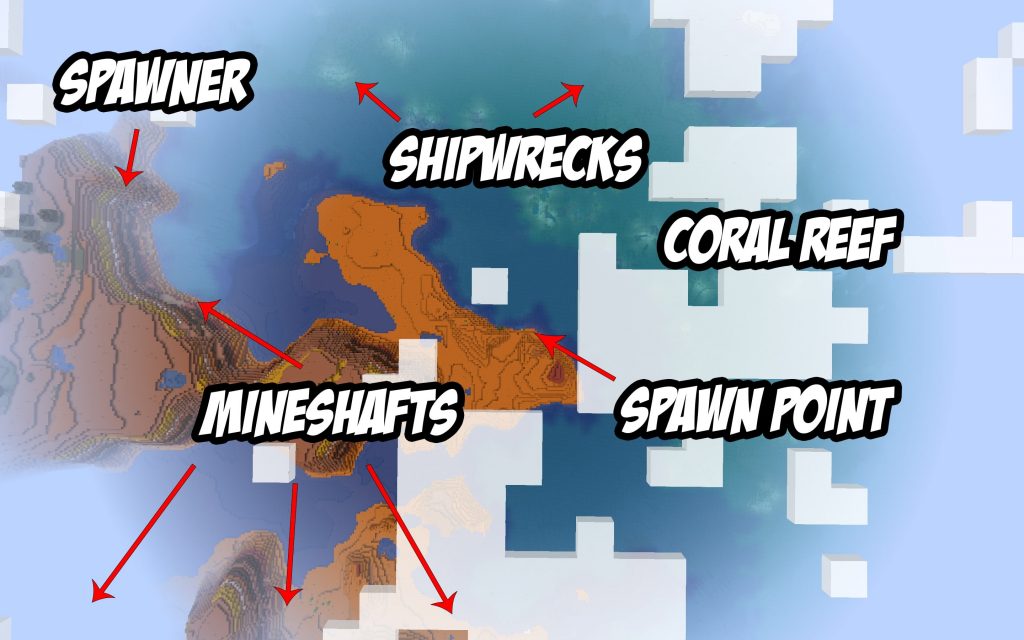 An absolutely beautiful badlands seed for Minecraft 1.14 (and higher) with mineshafts, spawners, shipwrecks, coral reefs and more. We love badlands biomes and one that is this unique and rich in features is truly a rare find. One of our favorite new Minecraft 1.14 seeds for Java Edition. 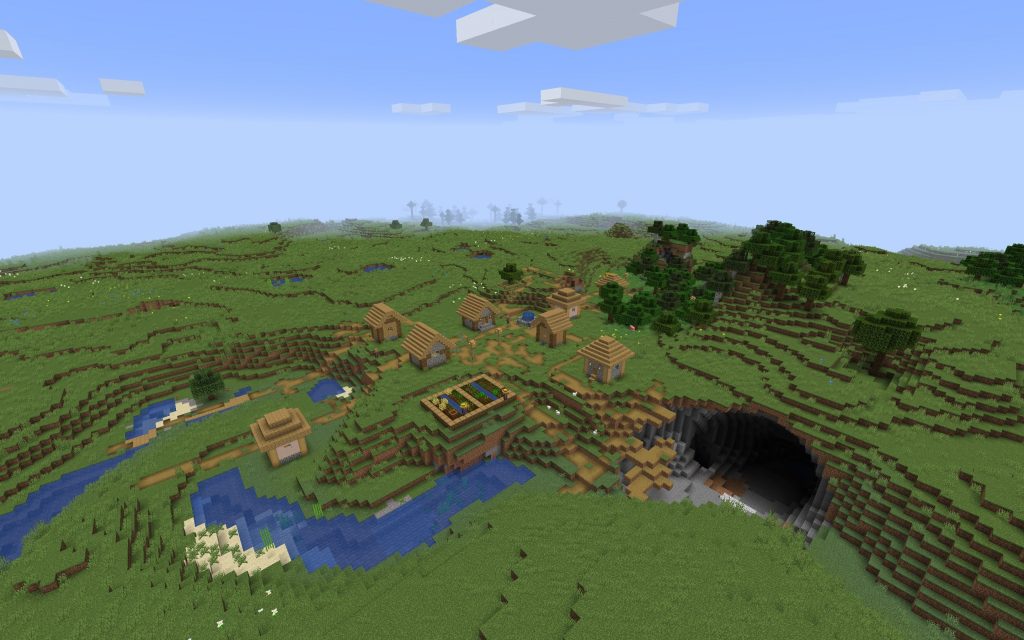 Minecraft seeds with huge caves are pretty cool... Especially when they look like they're about to swallow a village! The huge cave in this seed looks like a massive meteor strike beside a plains biome spawn village. Another awesome Minecraft Village and Pillage seed for Java Edition! 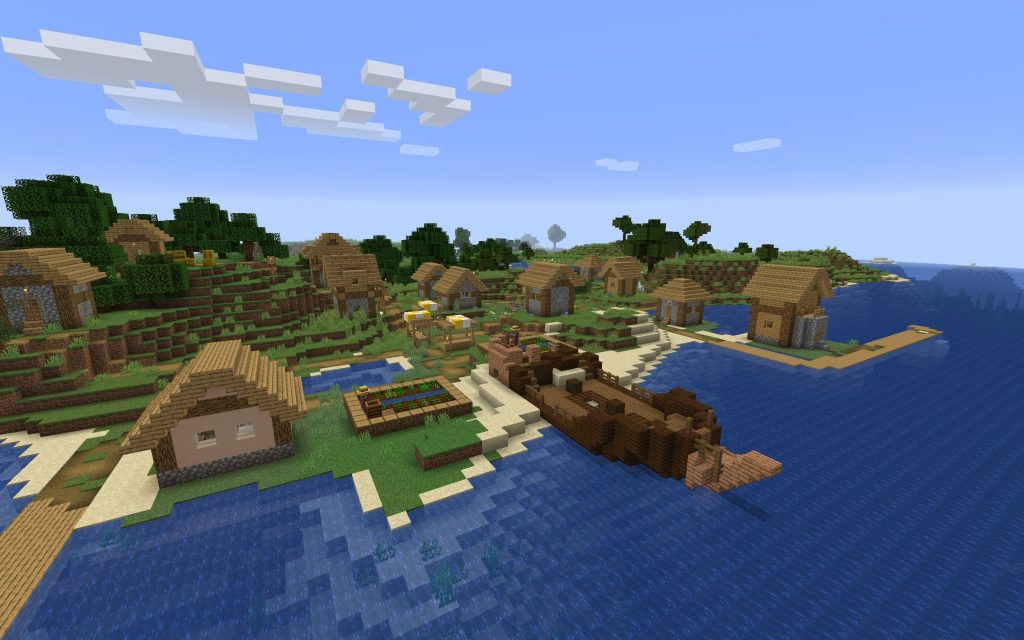 Spawn by a village which has a shipwreck within it's bound in this Minecraft Seed for Java Editon 1.14 and higher. The village also has a stonecutter. Not far away from the village you'll also find a second shipwreck. 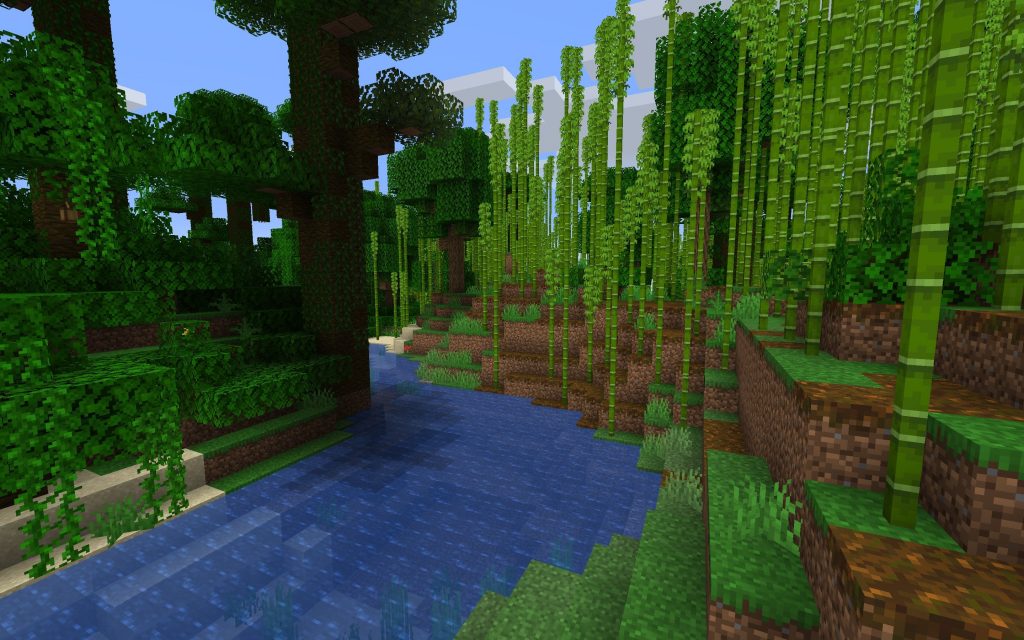 Spawn in a dense Bamboo Forest in this seed for Minecraft Java Edition. The spawn point is in a jungle biome beside a river and bamboo forest. 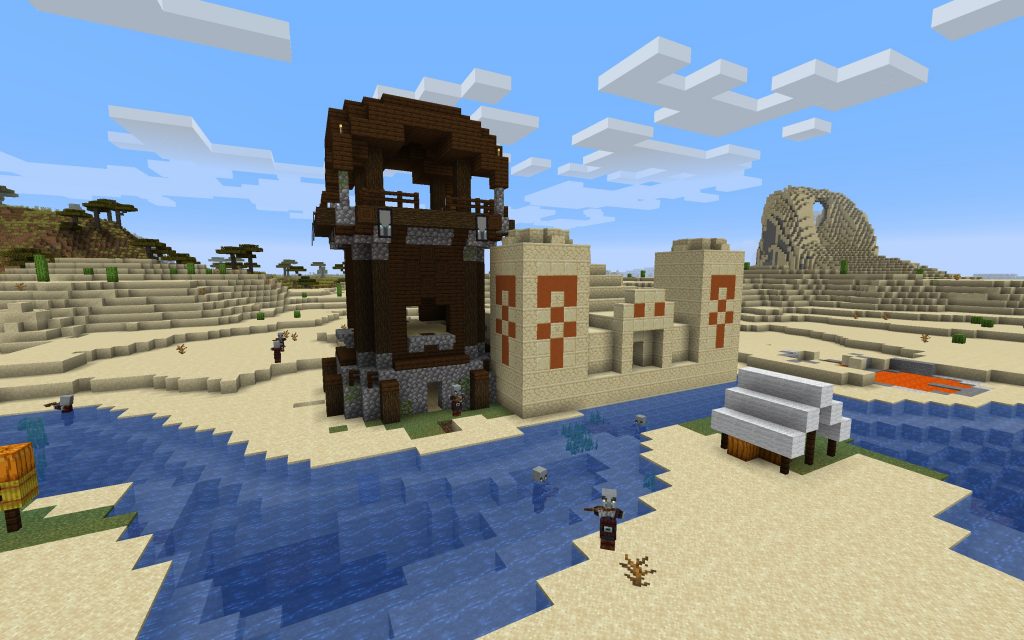 A Pillager Outpost attached to a Desert Pyramid for Minecraft 1.14 (Java Edition). The seed also features a desert village less than 400 blocks from spawn. 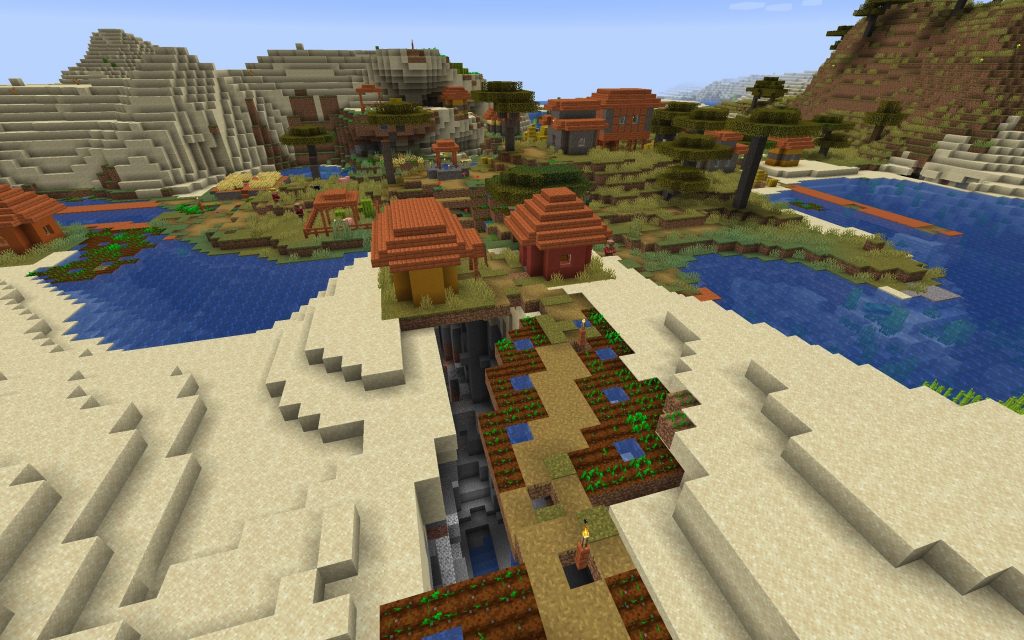 The Minecraft Seed's spawn point is on the edge of a savanna village. One end of the village is over a ravine which holds an abandoned mineshaft. For Minecraft 1.14+ 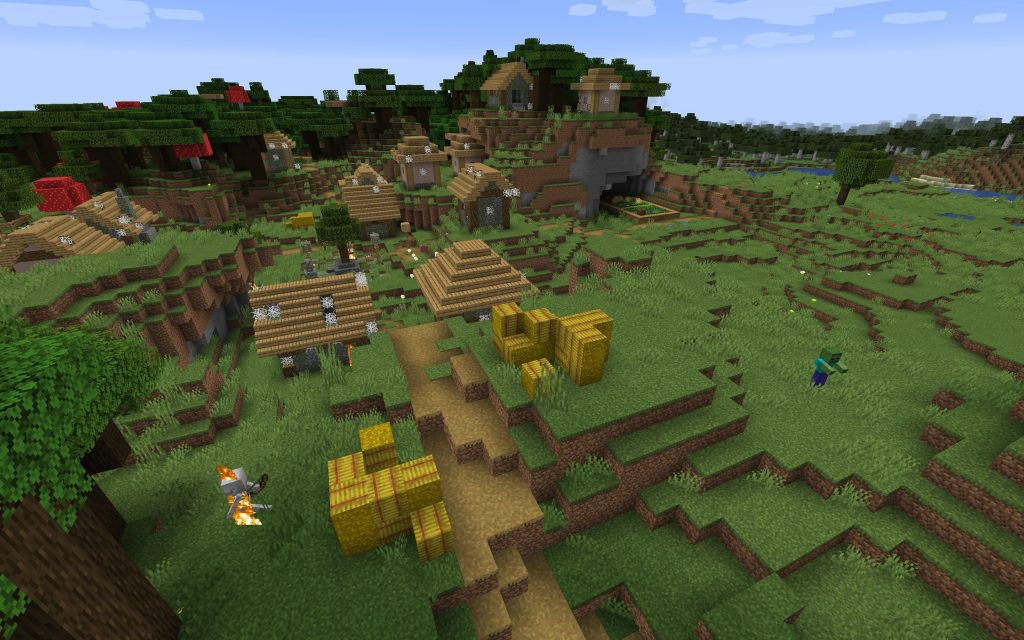 In this Minecraft 1.14 seed for Minecraft Java Edition zombies destroyed the village at spawn, leaving empty buildings, cobwebs and a serious lack of doors. Be ready by sundown - the roofed forest breeds trouble quickly. Good for a retake-the-village survival or creative game. 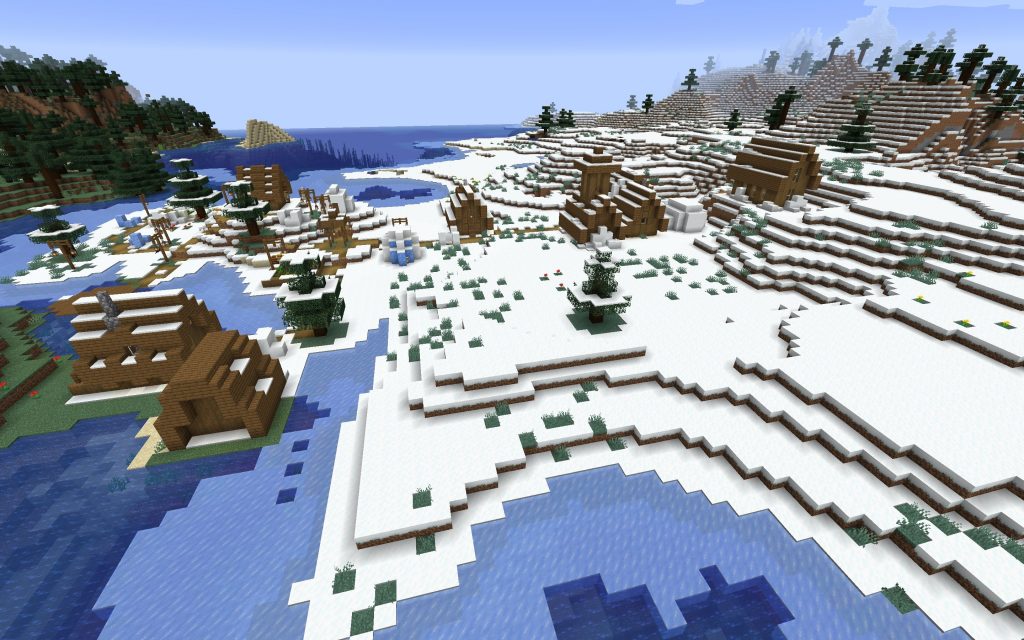 Minecraft Java Edition Seed (1.14 and higher) with a snow village at spawn, lapis under the village center, an ice spike biome, igloo, and second snow village! Between the two villages there's a lot of new 1.14 building and crafting tables to use. 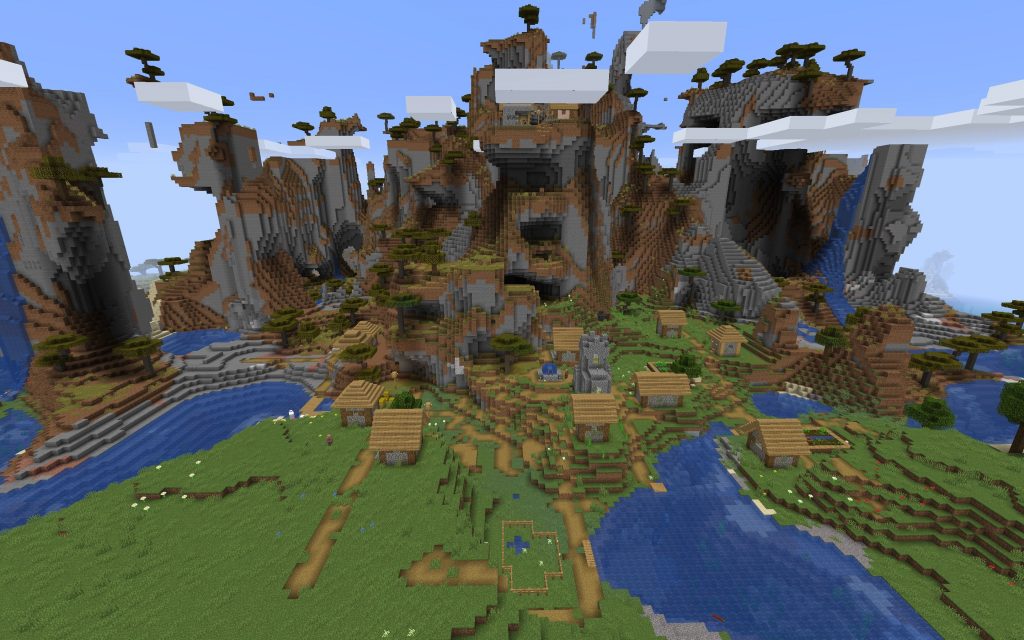 Spawn looking at a beautiful shattered savanna biome in this 1.14 Java Edition seed. A sprawling village is on the ground with two of its buildings high up on the mountain. There's a second village just across a plains biome, too. 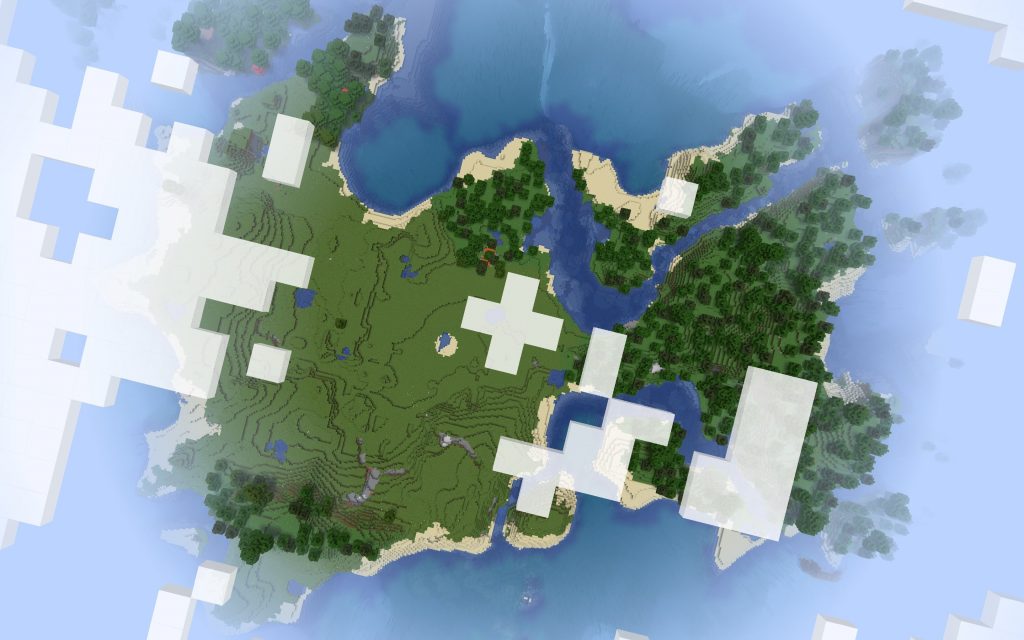 Spawn on a massive island in this Minecraft Seed for 1.14 Java Edition. It might be better described as a mini-continent! There's two shipwrecks, a large coral reef, tons of resources for a survival game, too! 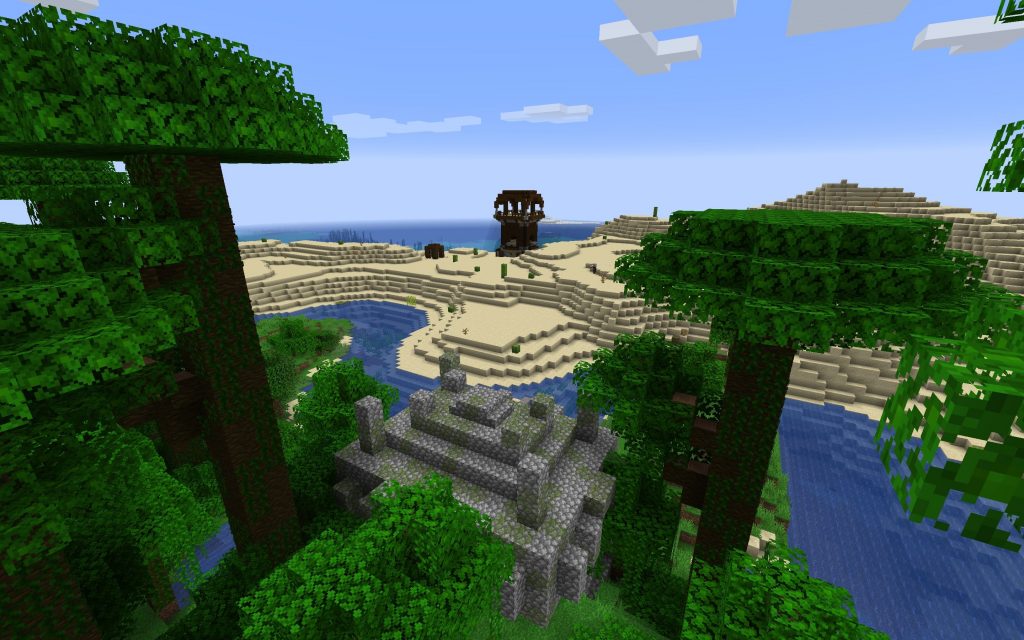 In this Minecraft Java Seed for 1.14 and higher the spawn point is beside a a Jungle Temple (Pyramid) within view of a Pillager Outpost. The proximity of the pillagers to the village should create some fun spectator action! 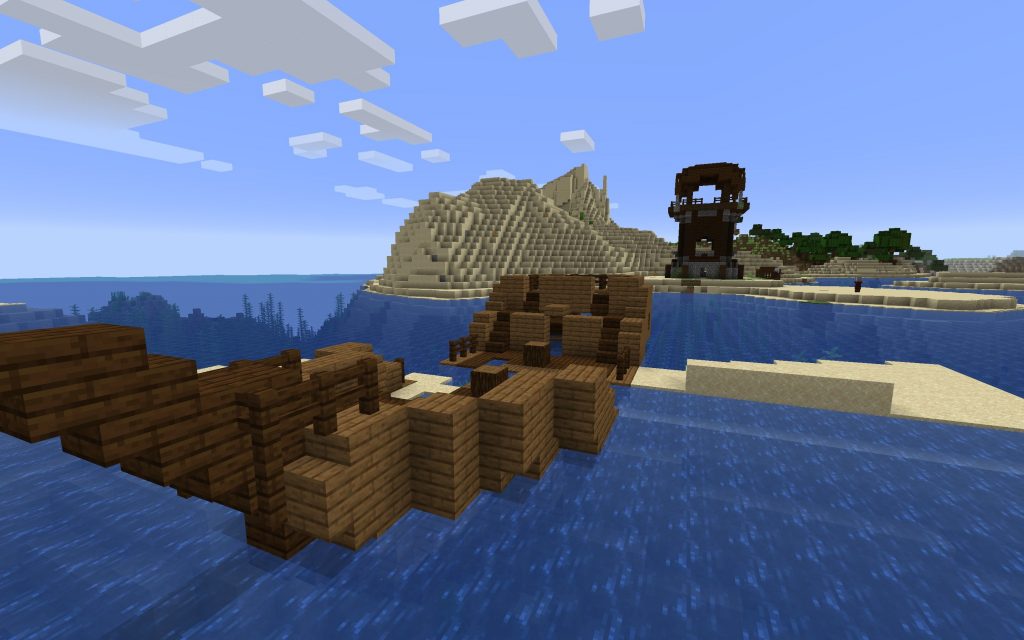 Spawn with a Shipwreck and Pillager Outpost in view in this Minecraft World Seed for Java Edition 1.14 and higher. Don't miss the iron golem the pillagers took hostage! 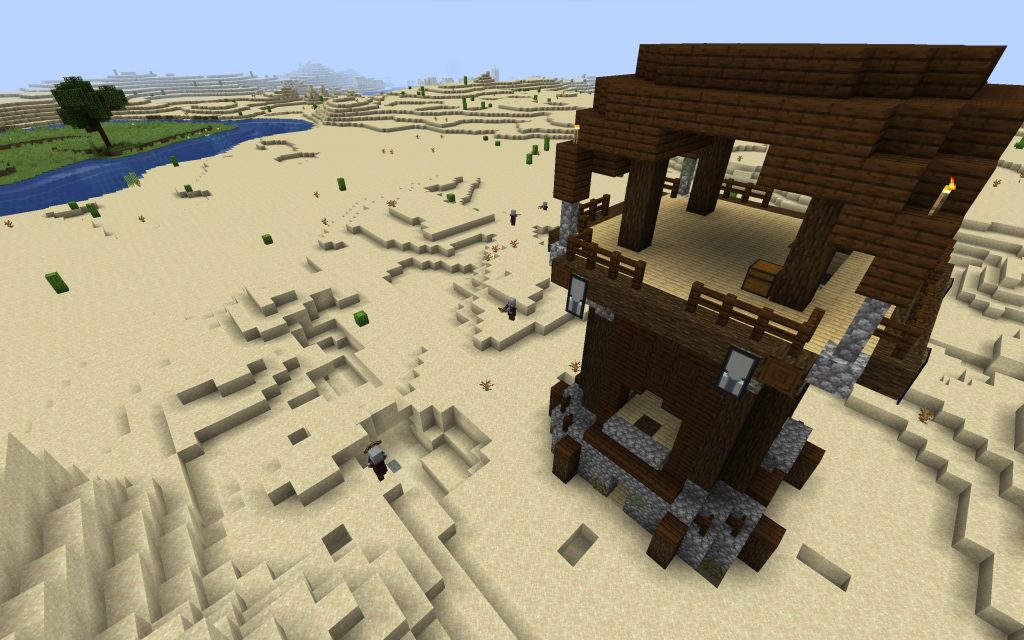 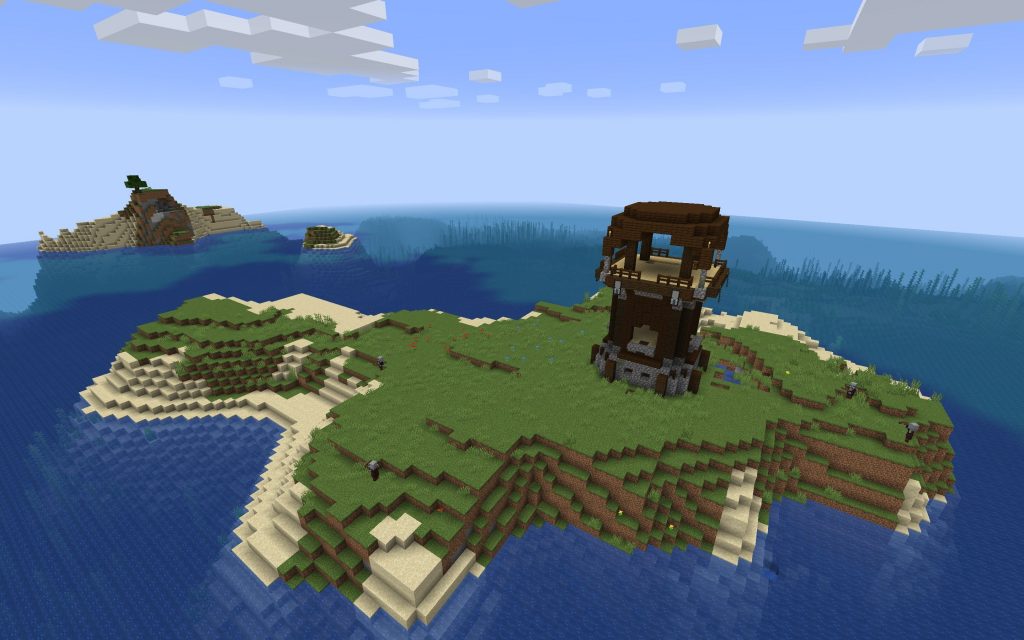 In this Minecraft 1.14 Seed, spawn on an small island that has a pillager outpost on it! This seed works on Minecraft 1.14 (Java Edition) Village & Pillage or higher. 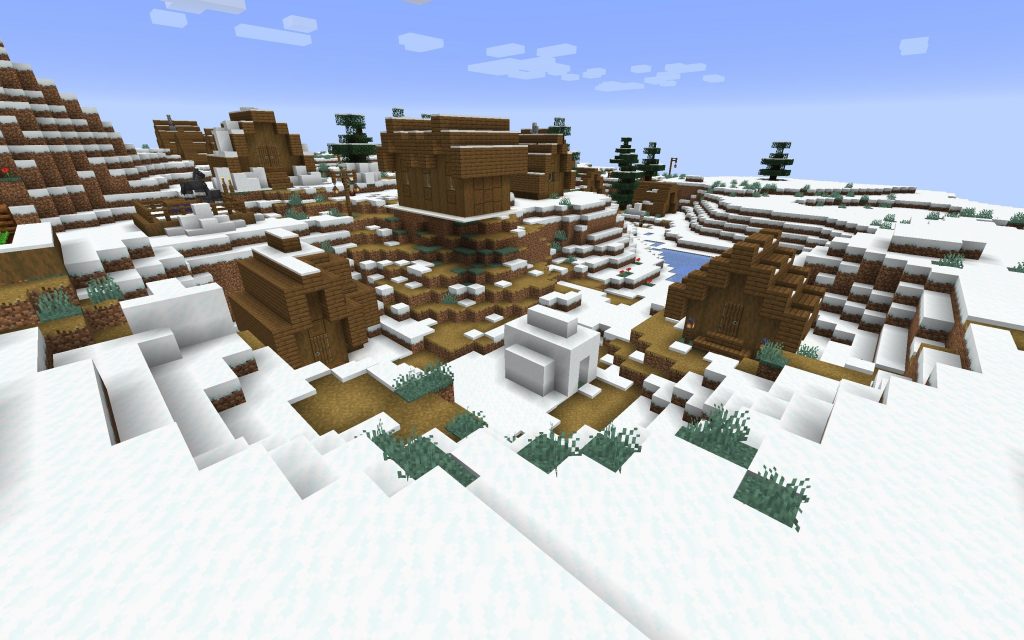 The snow village in this Minecraft Seed for Java Edition (PC/Mac) has a beautiful new snow village with a cartographer just blocks away from the game spawn point. 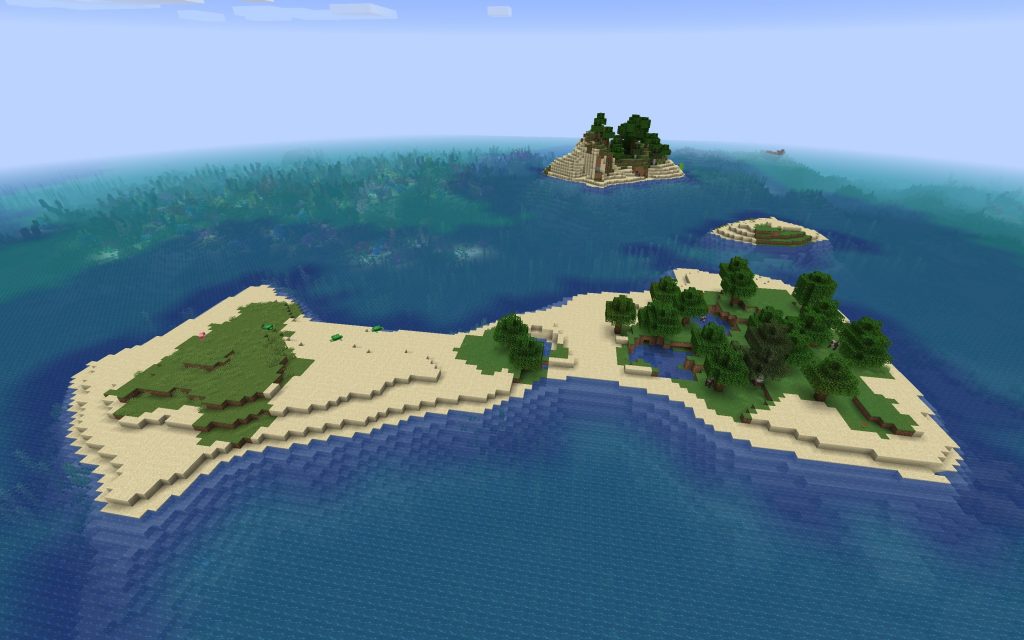 Spawn on an island looking at a huge coral reef biome. Just past a nearby island in one of the coral reef biomes there's two shipwrecks to loot, too. For Minecraft version 1.14+ and higher. 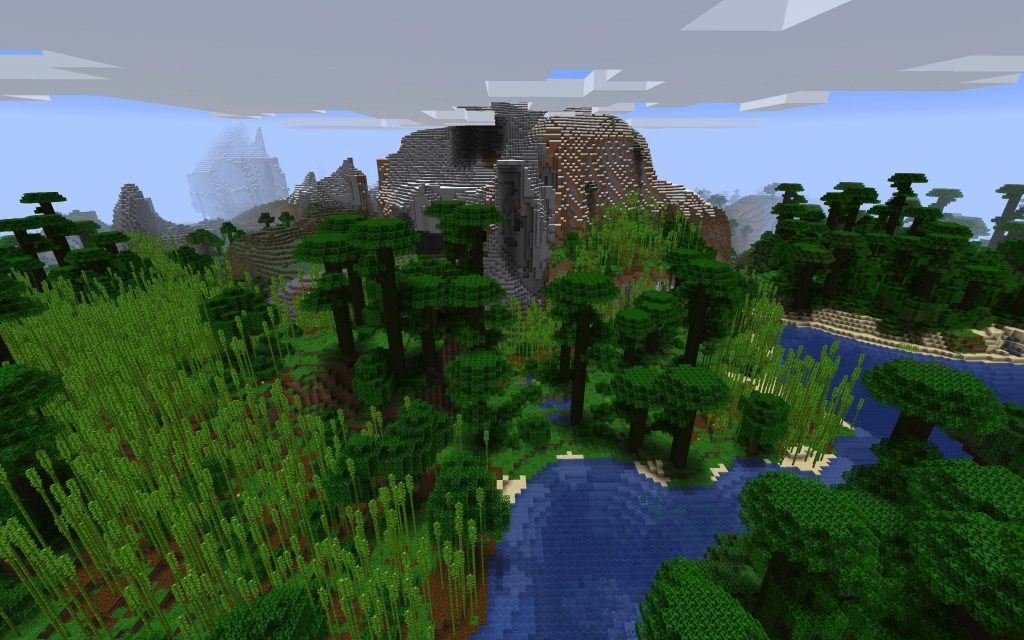 In this Minecraft 1.14 Seed for Java Edition the spawn point is on the edge of a massive bamboo forest. The bamboo forest is surrounded by a jungle biome which is on the coast of an ocean biome, too! 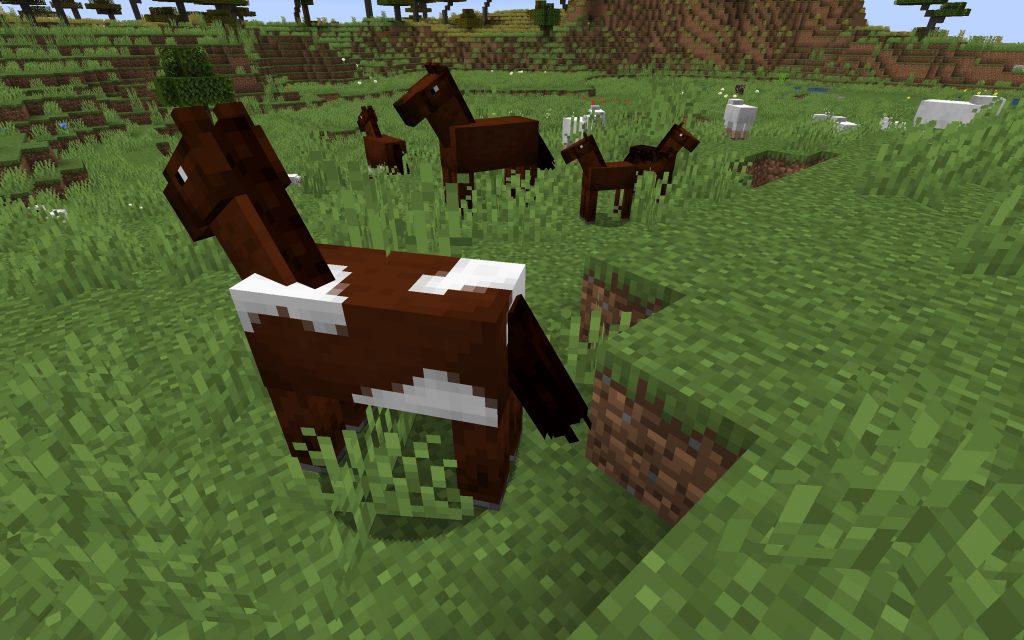 Well, if you ever wanted a seed to use as a starting point for a big farm build, we think this is it. It's a Minecraft 1.14 seed that starts in a large plains biome, and you're surrounded by sheep, horses, pigs and ducks. There's easy resources, too.

#23 Easy Mineshafts Under Village and in Badlands Biome 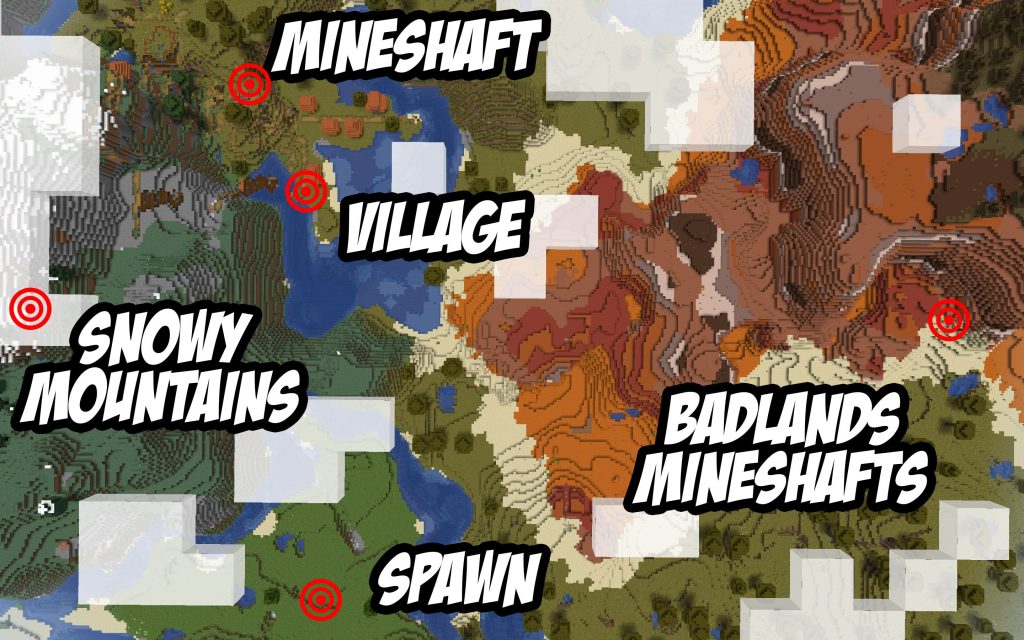 If you're hoping to explore some mineshafts we've got a great Abandoned Mineshaft Seed for Minecraft 1.15 and 1.14. There's a mineshaft beneath a beautiful savanna village. And, a neighboring mesa/badlands biome has several above-ground mineshaft entrances to explore, too! 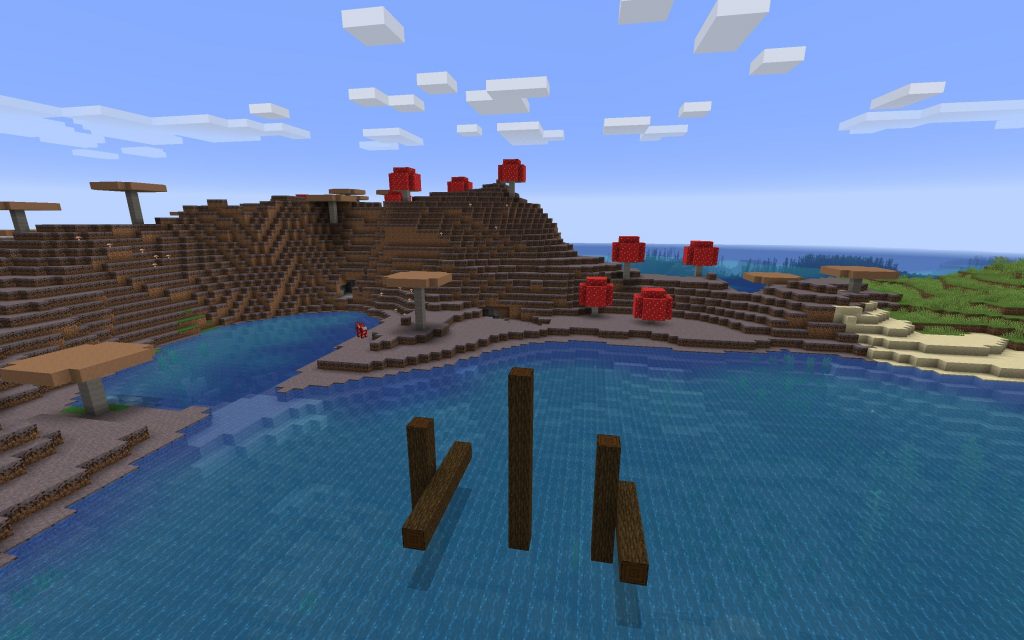 In this rare Minecraft Seed for 1.14 and 1.15 you spawn on the edge of a mushroom field biome. Of course, there's mooshrooms, mycelium and al that you'd expect from the rare biome. But, there's also a shipwreck. It has great awesome loot, and things just get better when you navigate to the buried treasure which is just blocks away. If you love easy loot, you'll love this seed! 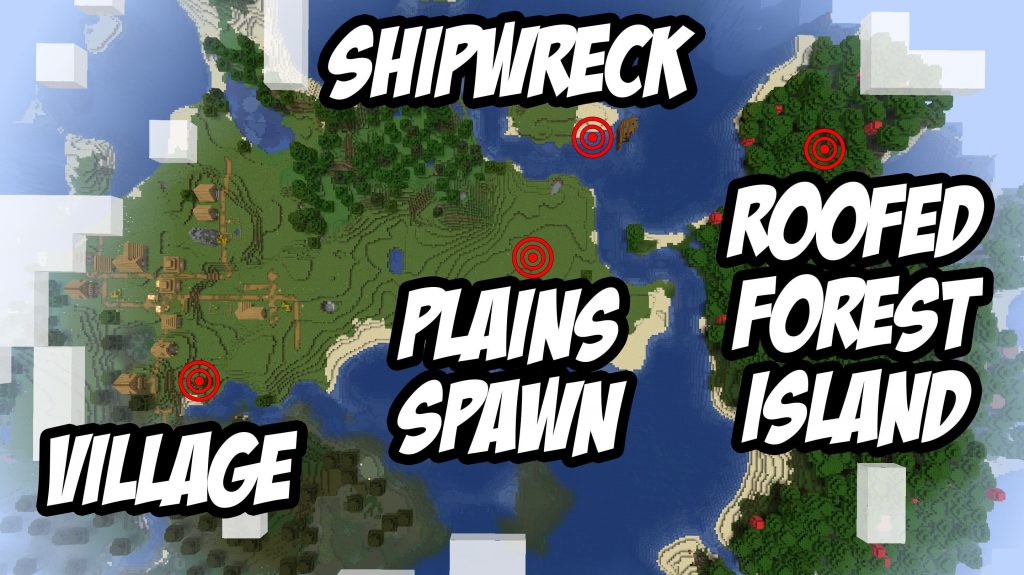 Spawn in a large flat plains biome beside a massive roofed forest island in the seed for Minecraft Java Edition 1.15, 1.14, and greater. A great survival or creative game start with scattered resources, a shipwreck and a village. And, of course, the vast flat plains biome is perfect for building a castle or city.