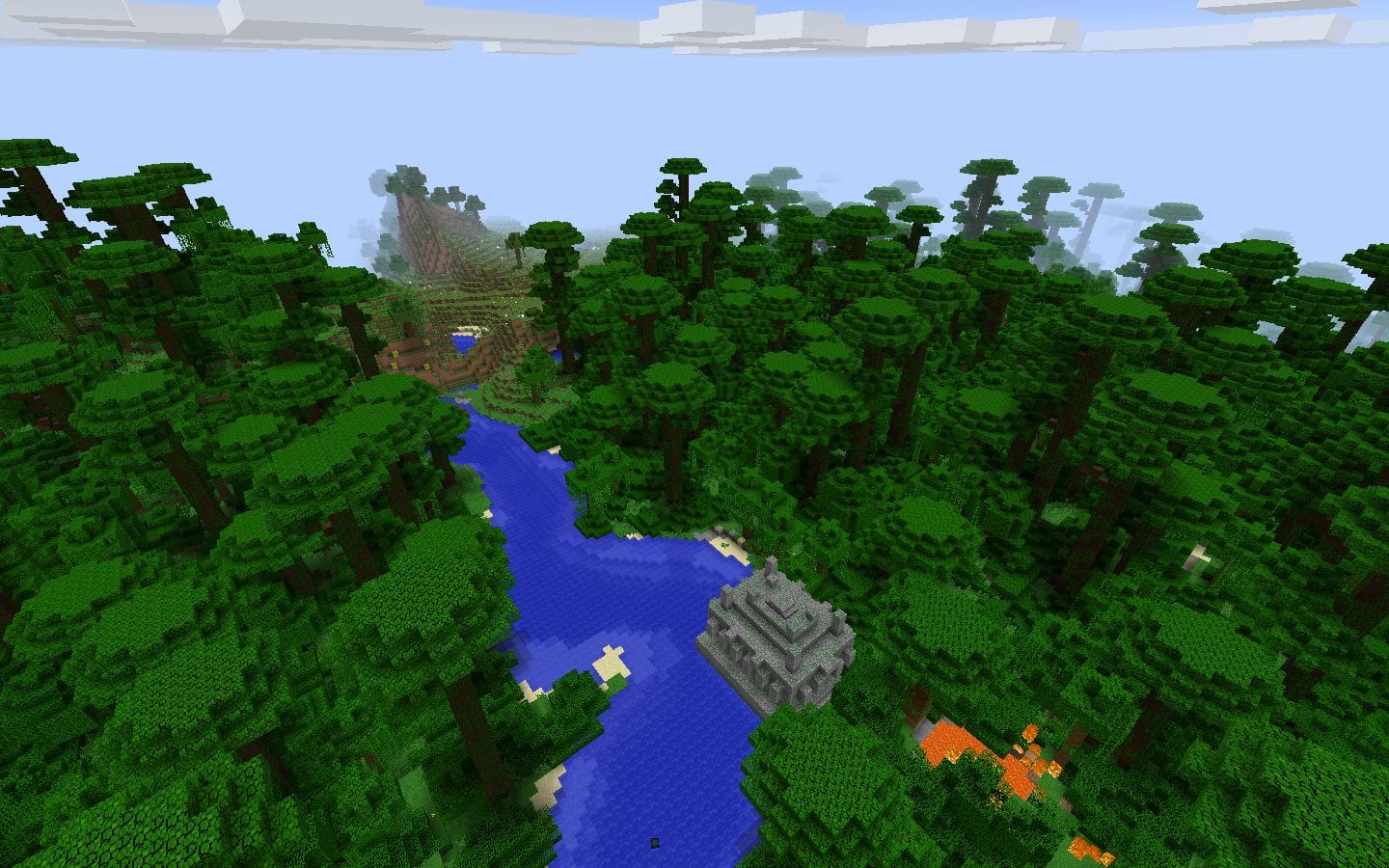 Here’s another jungle temple seed for PC and Mac Minecraft players. From the game spawn point the jungle temple can be found by heading directly west. As you move through the dense jungle biome you’ll see the temple situated on the edge of a river. If you can’t see it from the in-tree spawn, just head west. It isn’t far away. The jungle biome continues on to the west. Inside expect the normal arrow gauntlet before getting to the chest loot.

Run that gauntlet right and you won’t have to make a dispenser or make arrows allowing you to set up a nice trap for an unsuspecting mob or other player!