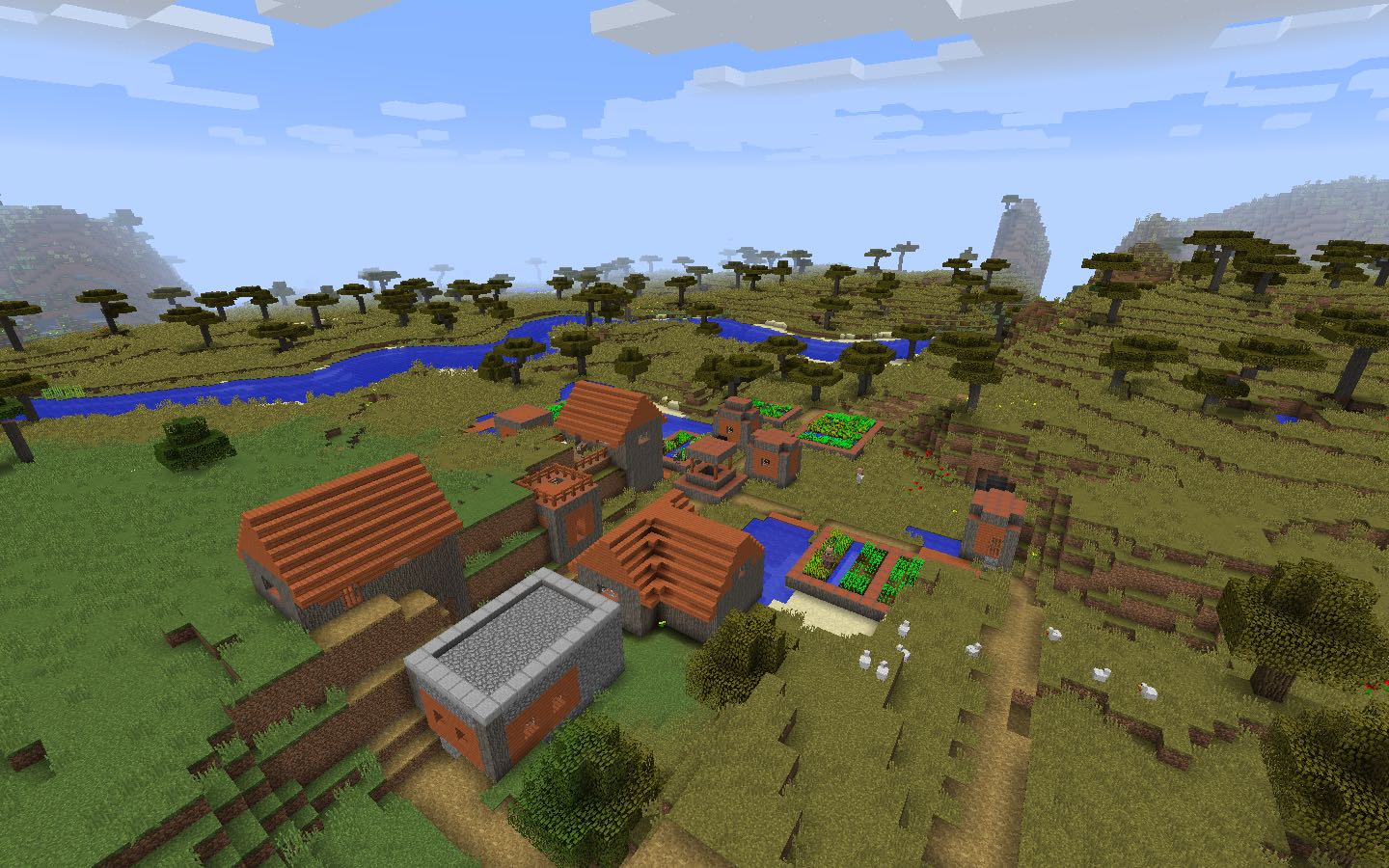 In this Minecraft seed the game starts right by a savanna village. We dug within the village hoping to fall into a stronghold but instead got a surprise: an abandoned mineshaft under the well. We marked the spot where we dug in one of the game screenshots below. While exploring expect to stumble across lots of rails, a mob spawner and a minecart chest not far from the shaft’s entry point. The minecart chest we found had a handful of powered rails and more torches to aid in exploration. 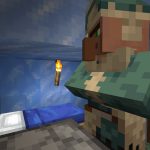 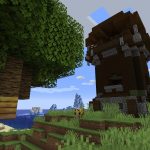