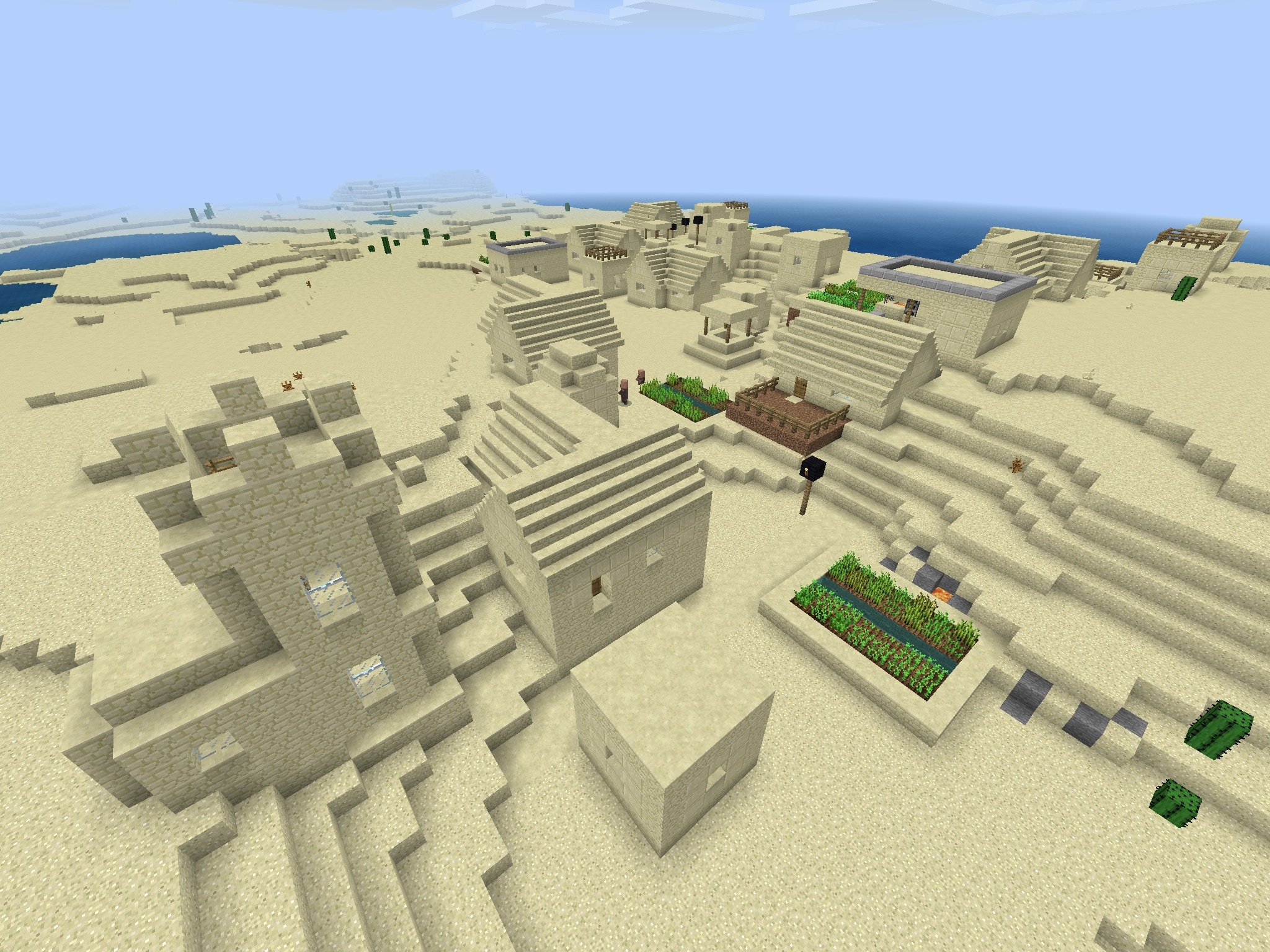 We love this city seed. From the game spawn point, head in the direction shown in the screenshots below. You don’t have to travel far before you’ll be at the desert city. There are plenty of houses, villagers and two blacksmiths with iron loot. There’s also a desert temple with four more chests to raid. These city seeds are getting harder and harder to find (we wonder if they’re secretly engineering them out of the game or making them rarer). We’ll keep looking, though!

The town looks pretty bland though. Some house ideas might help make for a more interesting city!

UPDATE: In Minecraft Bedrock Edition versions the desert temple generates closer to the spawn point than in previous versions of Pocket Edition. The city itself is the same, however.