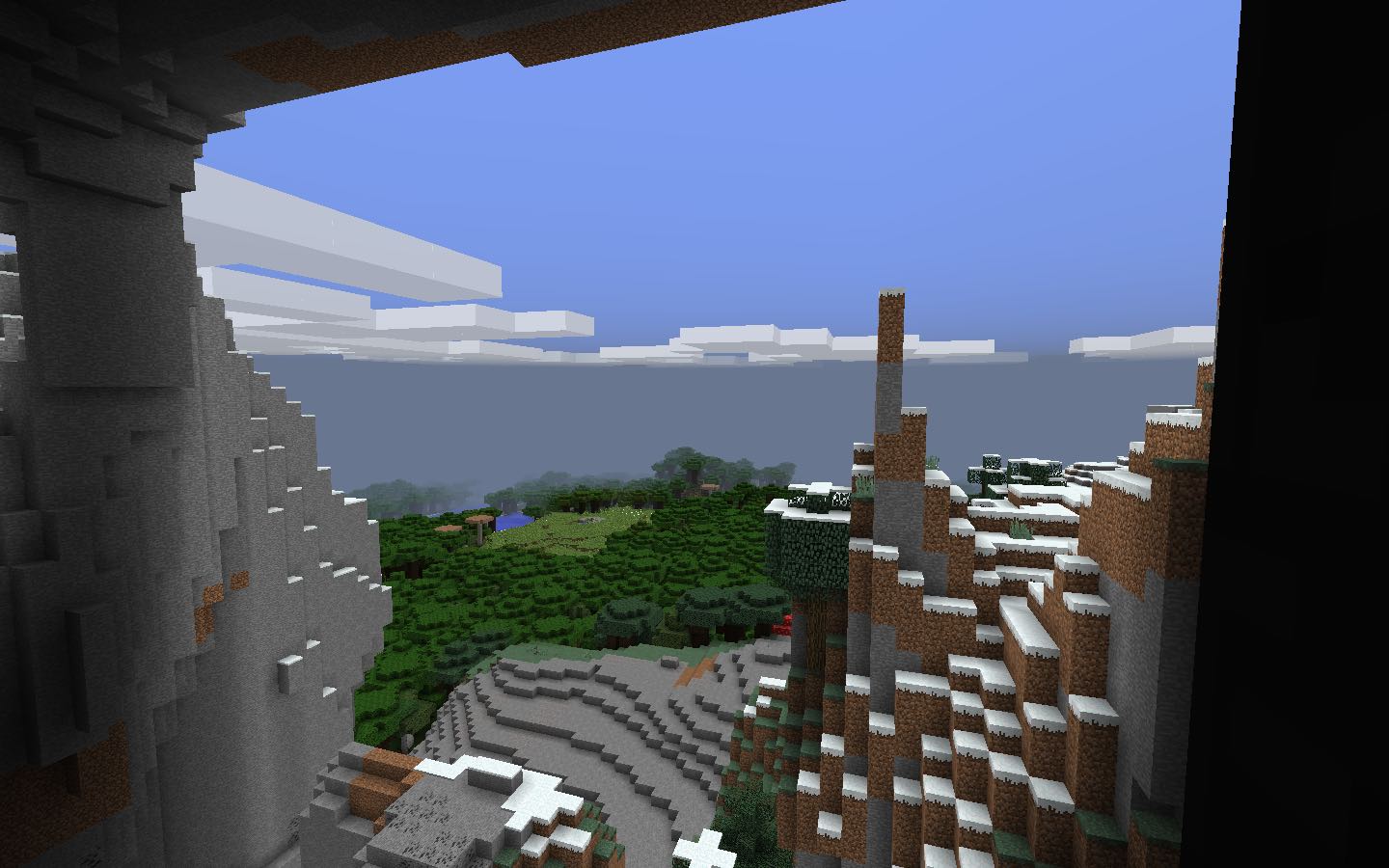 This Minecraft seed spawns you in a plains biome that is almost engulfed by a roofed forest. What can’t be ignored is the giant cave/overhang that is beyond the roofed forest, but easily visible as it is carved out of a mountain that reaches above the cloud layer. We ventured both into the cave as well as atop the mountain. When on top we were joined by several llamas and later came across several sheep. 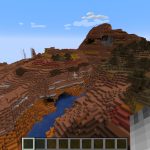